Internet Marketing Can Make Or Break Your Home Business Source: Flickr The technology behind the World Wide Web allows us to get access to information on any topic we desire. 26 more words

If you work from home, then this post is worth reading, word for word.

I am not surprised that recent Eurozone (EZ) policy changes and actions did not produce the expected results of improving the confidence in the European markets. The debt crisis continues to spread from country to country. The EZ should abandon the practice of political symbolism, which does little to reduce the continent’s financial problems. The costly bailout of Greece set in motion policies and requirements that the even the healthier EZ countries do not want to meet.

Just this week the leaders of France and Germany met in Paris to reaffirm their support of the Euro. French President Nicolas Sarkozy’s and German Chancellor Angela Merkel’s press statements after their meeting pleased no one and disappointed everyone. The leaders called on members of the EZ to incorporate into their respective constitutions measures (the Golden Rule) that would require balanced budgets, debt reduction initiatives and general financial discipline. They both opposed issuing  collective bonds that would spread responsibility for governmental debt across member states. The leaders also ruled out any immediate increase in the bailout fund. The message that came out of Paris was clear; Germany and France are reaching their limits, both politically and economically, in trying to rescue the floundering economies of other member states. Spain, Portugal and Italy who are on the verge of default understood the French and Germany leaders’ message that they should not expect the same kind of bailout, if any, that Greece received. Germany and France are not going to invest the future of their citizens into additionally risky bailouts. I believe that EZ two healthiest nations have grave doubts that the bailout of Greece was either financially prudent or politically necessary.

Regardless; the joint announcement out of Paris did little to calm the European financial markets. In the days after the meeting the European markets gyrated wildly and moved lower by this weekend. Confidence in European banks is plummeting to all time lows. Banker worry that they will have to charge their better clients more to borrow money. In turn banks will have to pay more for loans they receive. The credit crisis is getting worst by the day. It is not difficult to understand why banks in France or Germany do not want to fund bailout program of Spain, Portugal and Italy; the prospect of being asked to make bad loans requires them to charge their better customers more to borrow.

In an well written article entitled “The Decline and Fall of Europe,” which appears in the August 22, 2001 issue of Time magazine, Rana Foroohar warns of the fall of the old guard. He believes that the golden age of Europe and the West is beginning to fade into history. The ever more dismal economic news coming out of the European continent confirms his assessment. He argues that the EZ is essentially a selfish union. He writes that “…Europeans wants to benefit economically from the proximity to one another and want at all costs to avoid expensive and destructive wars either trade or shooting with their neighbors.” The EZ does not depend on free market principles and global competition to drive and fuel it members’ economies. The EZ’s belief that politics and legislative initiatives could create a dynamic, powerful and unified European economy was naïve to begin with. Foroohar correctly states that the EZ members’ divergent political views, various cultures, and differing social agendas conspiracy to defeat economic unity. If it is to survive as an institution the EZ must re-make itself to adapt to changing times and realities.

If a scientist conducts an experiment to prove a theory and it does not work, he tries a different experiment. The scientist does not keep repeating the same experiment knowing that the result will always be the same. I think the time has come for the EZ to try something different. 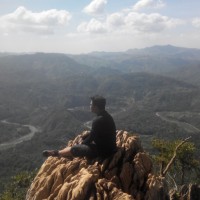 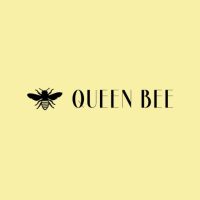