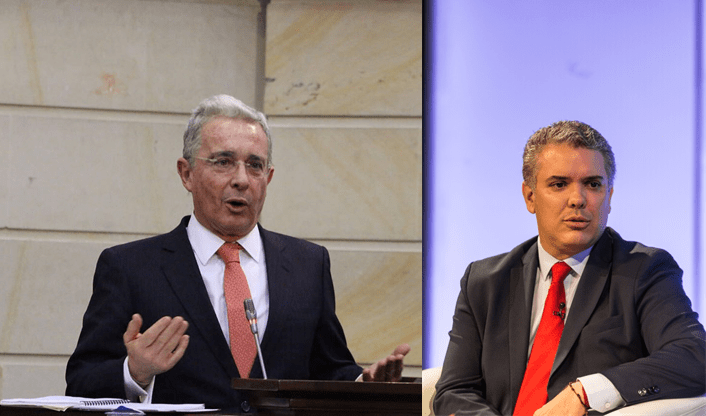 By Christian Wlaschütz * Colombian President-elect Iván Duque is not losing any time fulfilling campaign promises to take steps that will derail the peace process or at least put serious obstacles in its way, which will likely drive dissident FARC guerrillas back into the country’s already troubled rural areas. Four weeks after his election and […]

via Colombia: Duque Preparing to Turn the Clock Back — AULA Blog

This post is interesting and well written. I believe that it was written from the point of view of Juan Santos supporter.

President Santos was awarded the 2016 Nobel  Peace Prize for his efforts to bring about an end to Colombia’s decades-old civil insurgency. Did he deserve the award? The international community believed he did. The real question is what did the majority of Colombians think about the deal with FARC. “Colombians overwhelmingly consider too generous to rebels responsible for atrocities committed during five decades of bloody, armed conflict.”

President Santos did the right thing; he asked Colombians to either endorse or reject the peace agreement. He took a political gamble and lost badly. Everyone wanted peace but not at any cost. In the October 2016 referendum, Colombians voted against Santos’ initiative. For political and legal reasons, President Santos could not have simply made cosmetic changes to the agreement and resubmitted it for approval in a second referendum.

In my opinion, Santos should have “gone back to the drawing board” and hammered out an agreement that would have attracted broader support. Yet, this strategy was not available for many reasons. President Santos had negotiated an agreement based on a strategy of appeasement. Most commentators believe that FARC negotiators simply “out-negotiated” the government’s team during four years of talks in picturesque Havana.

We know that the deal eventually became law. Yet, this post fails to discuss how Santos’ peace initiative became law. Knowing this fact gives the reader some context in which to consider the post’s arguments.

Colombia is going to pay a high price for a peace deal that should not have been signed. Santos ignored the advice of EU, American even South America advisers when he negotiated the agreement. Yet, these facts might not be as significant as it seems in terms of the election results.  I believe that Colombians want a change in the country’s economic priorities.

I  believe that democracy is thriving in Colombia with the election of Duque.

The new president deserves the benefit of the doubt, but his economic policies should remain a cause for concern. Published: June 19, 2018 at 05:30AM Opinion By LUIS CARLOS REYES from NYT Opinion https://ift.tt/2M4unBW Follow Bakerrs on Twitter We are Brrr..eaking News Across The World. About NYT The New York Times (sometimes abbreviated NYT and […]

via How Trickle-Down Economics Won the Colombian Election — Bakerrs

If you are interested in Colombian politics, which I am, this article should be on your must-read list. Luis Carlos Reyes leads us past the politics of personalities to a fundamental concern of most Colombians; how can their stations in life be drastically improved? Reyes deals with the economic forces and concerns that behind the scenes influenced voters this past weekend.

My view of the recent elections in Colombia