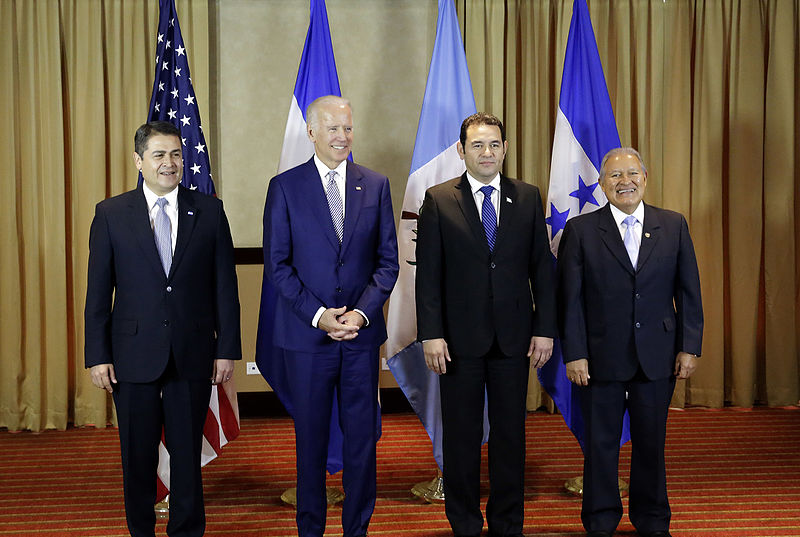 By Joseph Wiltberger* President Trump’s recent announcement to cut off U.S. aid to Guatemala, Honduras, and El Salvador – intended to pressure those governments to stop migrant caravans headed for the U.S.-Mexico border – would suspend and divert an estimated $700 million dollars in funds directed mainly to regional security and economic programs with mixed […]

I grow tired of hearing the standard U.S. liberal politician’s explanation for the Central American illegal immigration problem. According to their political dogma, Central Americans flee their countries because of rampant, retractable violence, self-perpetuating poverty, and the lack of hope that their lives will ever improve. Even if this true, what gives these people the right to illegally seek a better life in the U.S.?

This article argues that the US should abandon its policy of punishing Central American countries for “permitting and encouraging its citizens” to flee to the U.S. I agree with the author, but for completely different reasons than those he articulates.

Joseph Wiltberger’s expertise in immigration matters cannot be challenged.  Unfortunately, his article fails to acknowledge the fact that Central Americans prefer to be illegal and well taken care of in the U.S. than to be poor and disenchanted while being full-fledged citizens in their respective countries. Why are so many Central Americans doing everything in their power to cross into the U.S. and therein declare to border agents ” arrest me if you like but take care of me and my family?”

Clearly, the billions of US dollars invested in Latin American countries has ameliorated the social ills as liberal predicted. If the U.S ever decided to enforce US Immigration Laws, the Central American forced immigration crisis would resolve itself. The fuel for illegal immigration is the US’s absurd policy of allowing illegal immigrants access to social and welfare benefits. 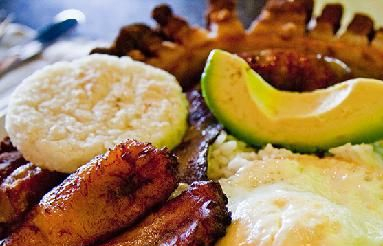 I received an invitation for lunch from friends to watch England play Switzerland in The World Cup. We were to meet at a local Colombian restaurant to watch the game and to eat authentic Colombian cuisine. My friends knew that watching soccer was not my preferred pastime. Though I really did not need an incentive to meet up, I was promised a good time and a tasty meal.

How could I have declined the offer? I am glad that I didn’t.

For the purposes of this post, it is important to know the composition of those who attended the luncheon. Everyone, except for me, had arrived in the USA from Colombia. They represented a cross-section of economic levels, here and in Colombia. I knew them to be eager to discuss family values and politics. Concerning the recent Colombian presidential elections, their views varied as to the significance of Ivan Duque´s victory. Not all were sure that he could solve Colombia´s problems better than Petro, his defeated challenger. It was obvious to me that though I was socializing with Latinos, neither national origin nor the fact that they were Hispanic compelled them to think alike.

There are some basic undisputable facts surrounding today’s immigration debate. According to the Department of Homeland Security’s Office of Immigration Statistics, in the first quarter of 2018 264 thousand aliens obtained legal residence status in the US. This was a drop of 9% for the same quarter of 2017. 53% of them adjusted their status to that of legal residence while the remaining consisted of new arrivals. 44% obtained their legal status through a family member. Over 5000 refugees were admitted to the US. The number of refugees entering in the first quarter of 2017 was 26,000. There was a 19% increase in arrivals over the last quarter of 2017. There are lots of people who enter (try to) the United States legally and then attempt to adjust their status to that of a legal residence.

A majority of my friends were critical of the US’s policy of separating families that had illegally entered the US and been caught. Some believed that the families should remain intact while their immigration status is pending. US District Court Judge Dana Sabraw issued a nation-wide order requiring that families be reunited and gave the Trump administration a set amount of time to complete reunification. President Trump issued an executive order suspending his “zero tolerance policy.” The Trump administration asked the court for more time to comply with its order. Judge Sabraw modified  the order ever so slightly.

A small number of my friends suggested that those caught illegally entering the country at the Mexico-US border should be immediately be deported back across the border. Under this scenario, the need for separating families would not arise. Those caught would be immediately processed and sent back to Mexico. They could still pursue their asylum applications at the US Embassy. The consensus was that it was unfair to those trying to legally enter the US for those who enter the US illegally be allowed to remain while “their case is being decided.”

No one in the group believed that the Central Americans illegally crossing the border had valid cases for asylum. I found my friends’ discussion of this point very interesting. They believed that the Central Americans know that they can illegally cross the border, get caught, ask for asylum, be allowed to enter and receive social services and “public assistance” while their cases are pending. Currently, the backlog of asylum cases that the US must decide stands at more than 300,000. Their claims for asylum are less likely to be granted since U.S. Attorney Sessions limited the grounds  upon which the relief can be sought. Let’s be honest with each other, the summonses that immigration officials routinely issue upon releasing these illegals into American society are universally ignored.

What caught me off guard was the suggested remedies for the US’s inability to control illegal crossings at the Mexican border. Building a wall to keep people out was not seen as a viable solution, but not because of its political ramifications. It was agreed that a wall would prevent illegal crossings, but it would cost billions to construct and maintain. Mexicans should either pay for the wall or Mexico should do much more to prevent illegal crossings. The US taxpayers should not foot the bill for a wall.

No one in the group offered a satisfactory reason for the US not enforcing existing immigration laws. I saw the look of confusion on the faces of many of my friends. They saw America as a nation of laws, and on this point, very different than the Central American countries that were encouraging its citizens to travel north.  The general view was that the U.S legal system needed to act effectively and swiftly while the person was in detention. Those who are caught illegally crossing the border should be returned from whence they came.

Importantly, the Colombians drew a clear distinction between themselves and the Central Americans arriving illegally. I listen intently while my friends criticized those arriving as seekers of support and maintenance rather than political freedom. I repeatedly heard complaints that their tax dollars should not be used to assist Central Americans to have and raise never-ending growing families.