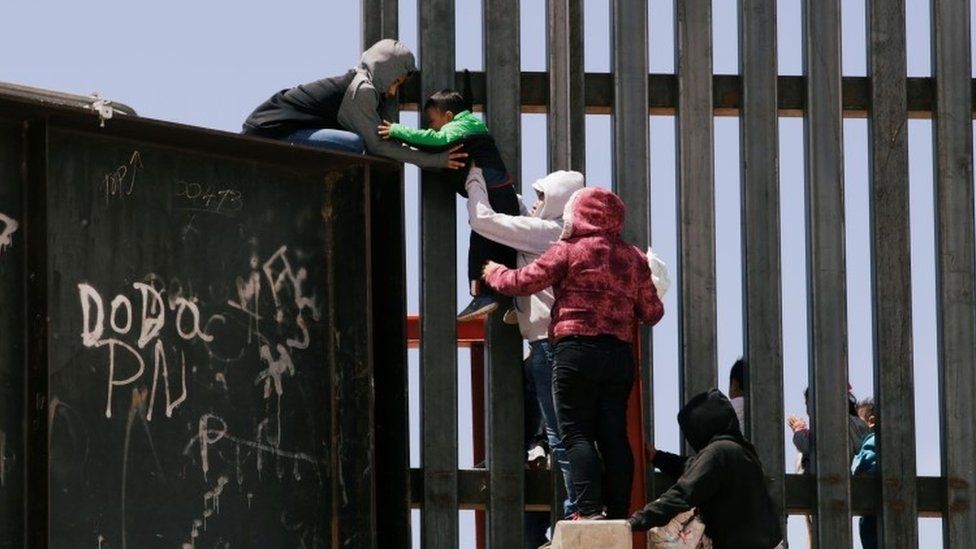 The debate over immigration separates Americans into various camps of political thought. The mere mention of the word immigration can cause some people to become highly agitated. There are those who believe that everyone entering the country should be subjected to legal process. This is called lawful entry into the US or legal immigration. Even the most ardent advocates of “migrant’s rights” understand that the Federal government has exclusive jurisdiction over immigration laws and matters.  It stands to reason that the laws should be respected and enforced. This is the hallmark of our form of democracy.

At the opposite end of the political spectrum are those who believe that these laws should be relaxed to allow unfettered entry and immigration into the U.S. Members of this group believe that people who are in the U.S illegally should share the same rights as U.S. Citizens or legal residents. They even champion President Biden’s policy of allowing forced immigration at the U.S.’s southern border with Mexico. Who has not seen the news videos of hundreds of people, including unaccompanied minors, illegally entering the U.S.? The crisis along the border worsens every day.

The Council on Foreign Relations estimates that more than 11 million illegal aliens reside in the U.S. Mexicans make up the largest national group of the undocumented population. However, the uptick in illegal crossing at the Southern border is being driven by Central Americans. Most legal scholars and politicians believe that the surge of unaccompanied minors is due to the  Trafficking Victims Protection Act of 2008. This law requires that an accompanied minor who is in the US be given a hearing before being returned to his home country. The law was never intended to protect children who voluntarily and illegally enter the U.S. It does not appear that Congress is going to close this loophole anytime soon. It is a law that we all accept and respect. As a nation, where do we go from here?

On Monday, the U.S. Supreme Court weighed in the immigration debate. The highest court in the land reminded us that we are a nation of laws and that these laws must be enforced. In the case of Sanchez v. Mayorkas, Secretary of Homeland Security, et el, No 20-315, June 7, 2021, the court in a unanimous decision decided to enforce the nation’s immigration law as written. Plaintiff, a citizen of El Salvador, entered the U.S. illegally in 1997. The government granted  Sanchez Temporary Protected Status in 2001. The granted legal status allowed him to remain and work in the U.S. His TPS status would terminate upon a determination that it was safe for him to return to his country. In her written decision for the Court, Justice Elena Kagan said:

“The question here is whether the conferral of TPS enables him to obtain LPR [Legal Permanent Residency] status despite his unlawful entry. We hold that it does not”

Justice Kagan expertly outlines her reasoning in the Court’s opinion . She cites the appropriate statutes and the language therein that required denial of Sanchez’s appeal. In my opinion, the decision in the case was a “no brainer.” It amazes me that some progressive politicians, immigration advocates and, Spanish-speaking T.V. journalists label the decision as “anti-immigrant. The Biden administration takes the position that TPS immigrants do not have a right to apply for green cards base on their TPS status. It should not surprise anyone that former President Trump took this position as well. It is the correct interpretation of the controlling law.

I suggest that you read the Court’s decision in its entirety to appreciate the simplicity of Kagan’s arguments.

1 thought on “Temporary Protective Status (TPS) does not offer pathway to legal residency.”