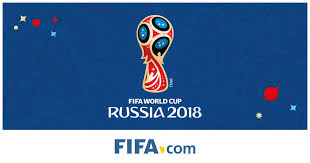 The FIFA  World Cup soccer games are taking place now. For the next month or so teams representing their countries will battle against each other. Some will be sent home with their suitcases and other will advance to the next round. Are the games (or any soccer game in general) fun to watch? I have to say no! In all fairness to the sport, I was not raised in a soccer home, community, educational system nor did I have friends while growing up in Great Neck N. Y. who swore by soccer. Having qualified my expertise on the game, I find its lack of action to be a complete distraction, which makes the game so boring.

In my opinion, there is a disconnect between the play on the field and the incredible energy generated by those watching the games. I live in Queens N.Y. The community is a mixture of the world’s nations. I don’t hesitate to call it an immigrate community, both legal and illegal. Each group cheers for its nation ’s team or any team that is geographically based near their nation of origin. It would be an understatement to say that the World Cup brings out the best and worst in people. So far, I have watched some of the matches with friends and enjoyed their company and the atmosphere of the local. The national pride that my friends display is pure positive energy. I am glad that they allow me to participate in the “their moment of feeling good about who they are.” The games do usher in a spirit of togetherness. I am glad to be drinking a light beer and eating some munchies to dull the realization that the play on the field is boring.

I am a sporting purist and offer no apologies for it. In every game, there should be a winner and a loser. Let me take this to its logical conclusion. In any sports competition whether team play or individual play someone should go home a loser. It is that simple. I watched today’s World Cup match between Denmark and Australia. Honestly, I could not have caree less about who would have won; one of the teams had to win. The game ended in a 1-1 tie and was devoid of any real action. Yes, my readers, the game was boring. It did not hold my attention. Did it hold yours?

I am not the only one who believes that the lack of scoring in soccer is the principal reason why it is not popular in America and why it is so popular outside of America. Brain Goff, writing in Forbes, elegantly makes the case why soccer continues to lag behind every sport in America. In his article titled Euro 2016 Final Showcases Soccer’s Ongoing Problem of Scoring he began by stating:

In the final for the second biggest soccer tournament in the world, the European Championships, Portugal and France battled to a 0-0 tie at the end of 90+minutes. During the 30 minutes of extra time, Portugal’s Eder hammered a shot from 25 yards that bounded past the French goalkeeper and proved decisive. 120 minutes of play and two very talented teams combined for one goal.

He continued by adding:

That’s why pro soccer will likely never catch on in the U.S. to rival other major sports. Worldwide, fans grow up with such strong geographic and cultural ties to teams that the nature or quality of the game matters much less. In the U.S., there is no such organic fan base. The game must be grown based on its own appeal, but 1-0 score lines are hardly appealing. Yes, fans will pull for the national jersey in men’s and women’s World Cups, but the MLS is going to struggle to pick up more than a sizable cultic following in the States

Allowing soccer games to end in a tie and having rules that prevent scoring means that, more often than not, everyone is a winner. No one goes home the clear loser of the match. National psyches do not have to be assuaged.

In his article that appeared in the National Review on June 16, 2018, Kyle Smith clearly stated the case against soccer. He pulls no punches in his well-written article titled Let the World have Soccer. He starts off swinging by saying:

The United States of America did not qualify for the World Cup this year. Good for us. Soccer is corrupt, hyper-regulated, impoverished by a socialist-style fondness for rationing, and organized to strangle human flourishing. It is so dependent on the whims of referees that is in effect a helpless captive of the administrative state, and it’s so dull that it could get people killed

I believe that Smith correctly points out the principal problem with soccer:

Soccer is built around the unifying European belief that wealth is suspect. Scoring is lucre, and we can’t allow anybody to have too much of it.

Did you watch last night’s MLB game between the Yankees and Mariners? I did, while I was doing some things around the house. I found myself running back and forth to keep up with the game. Clearly, the Yankee’ starting pitcher did not have his best stuff, better said, he didn’t have anything. The Bronx Bombers were down 5-0. Suddenly, the Yankees began to SCORE  runs. They even the game at 5-5. In the bottom of the 9th Stanton hit a 2-run walk-off home run. The Yankees won, and Seattle lost. The end was interesting, emotional to watch and a team won, and a team lost. Today, the press and Interest is ablaze with articles about the game. Soccer needs to reinvent itself if it is going to make a dent in the world’s largest market, the United States.

The World Cup semifinals are set. In one semifinal France and Belgium will meet. In the other matchup, England will take on Croatia. The teams earned their spots by defeating the competition. That is why they are playing and the other teams have packed their bags to go home. I believe that that the upcoming games will be exciting to watch.

The Spanish speaking communities in the USA are bastions for soccer fans. From what I say here in New York City, they fanatically cheered for their national teams. Latinos without a national team to cheer for supported another team provided that the team was from a nation where Spanish was the predominant language. Though Brazil is the largest country in South America, it’s national team does not receive the unqualified support from Latinos. The people in Brazil speak Portegues.

There is no doubt that FIFA is disappointment that no South America team has made it this far. With the exit of Uruguay and Brazil, the Spanish speaking community has lost interest in the games, which means fewer viewers to sell to advertisers. The American viewer market has now contracted to the point that advertisers do not want to spend the big bucks to push their products and brands in the U.S.