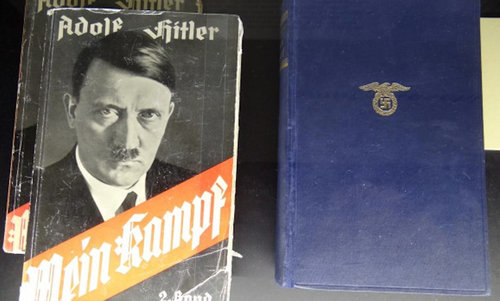 On April 20, 1889, a child was born in the Austrian town of Braunau. His father, Alois, would eventually become a senior Customs official. Klara, his mother, was a homemaker. The child’s parents were not politically sophisticated or social climbers. The family was not well off. The parents could not have imagined that their son would grow up to lead Germany.

During the child’s early school years, he displayed flashes of intellectual potential. Historical accounts indicate that his classmates were impressed with his leadership qualities. Unfortunately, an education proved to be an insurmountable challenge.

Using the inheritance he received upon his father’s death, the now 18-year adolescent moved to Vienne. There he hoped to study art and architecture. Because his grades did not meet the entry requirements for those programs, he was denied admission to study those disciplines. The child who was now a young man ended his quest for a formal education. It was at this juncture of his life that he developed a passion for politics. No one at the time could have foreseen this young man, Adolf Hitler, would become the history’s most brutal dictator and mass murder.

The purpose of this short post is not to debate the accuracy of history’s account of Adolf Hitler’s acts as Führer of Nazi Germany from 1934 to 1945. It is indisputable that in 1939 as dictator of Germany, Hitler plunged the world into its Second World War of the century. He devised and implemented the Holocaust which was the systematic, bureaucratic and state-sponsored persecution and murder of six million Jews. Though many countries opposed Hitler’s expansionary drives across Europe, sadly these same countries failed to act to prevent the Holocaust from taking place. The international community consciously overlooked the dangers presented by Hitler’s leadership and policies that were based upon the principles of White-German supremacy.

Hitler rose through the political ranks on his way to chancellor with the support and backing of the Nazi party. The reading of Hitler’s book, Mein Kampf, was considered a de facto requirement for membership in the party. From a literary point of view, the book left a lot to be desired. It contained many factual errors. The author dispensed with analytical reasoning to support his conclusions and assumptions. Rhetoric and highly symbolic language pulsed through the book’s paragraphs.  Yet, we should not let our abhorrence of Hitler’s acts unduly influence our ability to rationally discuss Mein Kampf.  It is clear that Hitler did set out to produce a first-class literary work.  Mein Kampf was written as a political manifesto; it was a call to action for the German people.

To better understand the impact of Mein Kampf in 1925, one must take into account the political and economic context within which it was written and released.  70 years ago, people were dependent on print and radio for news about current events and political discussion. The instantaneous sharing of news and ideas through hand-held devices would not possible for about another six decades. Not only did Germans believe what they read and were told so did much of the world’s peoples.