The news is breaking though it doesn’t come as a surprise. The legendary pop icon, world-renown Black comedian, and actor, Bill Cosby has been criminally charged with abusing, albeit years ago, a woman. Moments ago, I received an email alert from the New York Time reporting the filing of

of charges against Mr. Cosby. He was arraigned on the complaint this afternoon. At today’s court appearance the actor did not enter a plea. The Judge set bail at a million dollars. A preliminary hearing was set for January 14, 2016. And the battle begins.

According to Kevin Steel, the Montgomery County District Attorney-elect, his office charged Mr. Cosby with aggravated indecent assault as a felony. Andrea Constand, a longtime nemesis of Cosby’s, accused him of having drugged her and sexually abusing her in 2004. The alleged attack took place while she was visiting with Mr. Cosby in his home. Mr. Steele said that the investigations warranted a filing of charges and that the case against Mr. Cosby was strong. Though Mr. Steele made a point of saying that the victim and Mr. Cosby had been involved in a relationship, he neglected to say that she had sued Cosby in a civil action immediately after the alleged incident had occurred. Her civil action was settled upon confidential terms.  Ms. Constand had to have received a substantial monetary settlement. The agreement settling the case contained a clause that prohibited the parties from discussing any aspect of the case. Ms. Constand’s prior civil case and the circumstances surrounding its settlement will play a huge part in Cosby’s defense of the charges.

Usually, prosecutors are reluctant to make out their case in the press, especially before the defendant is officially arraigned. Besides intending to embarrassment Mr. Cosby or, perhaps, attempting to bring him to the plea bargaining table, it made no sense for the Prosecutor’s office to have publicized so much of its case against Mr. Cosby. The release of the affidavit of probable cause, which reads like a stream of consciousness of wrongdoing on the part of Mr. Cosby, only served as voluntary discovery for Cosby’s defense attorneys. In general, the release of so much evidentiary information stimulates the imagination of a defense team.

The Cosby prosecutors have a bigger problem; the credibility of the star witness. A reasonable person cannot help but ask themselves why Ms. Constand, who was 30 years old when the incident occurred, waited 12 years to file charges against Cosby. This questions will beg other questions that eventually lead to the unraveling of the Prosecutors’ case. Was she prevented from doing so by the police or district attorney? I grew up with Bill Cosby being a large part of my family’s conversation. We religiously watched his movies and the Cosby Show. He served as a role model for me, a Black male.

I grew up with Bill Cosby being a large part of my family’s conversation. We religiously watched his movies and the Cosby Show. He served as a role model for me, a Black male. 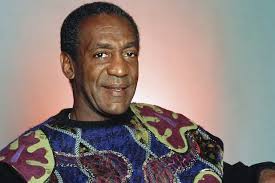 In my opinion, Mr. Cosby was as a role model for many people, regardless of their race. It is fair to say that we were all disappointed to learn that he had been sexually abusing women during the prime of his career. The press has relentlessly followed the story of Mr. Cosby’s sexually escapades. I doubt that there is a person in America who has not heard or read something about the women’s accusations against Mr. Cosby for sexually abusing them. One of the best pieces that I have read on Mr. Cosby’s

One of the more informative pieces that I read on Mr. Cosby’s alleged sexual abuse of women appeared in The Cut on July 26, 2015. In the article, the authors, Noreen Malone and Amanda Demme presented an exposé of the stories of the 35 of Mr. Cosby’s victims. After reading the article, I had to conclude that my idol saw himself as an urban Mandingo. The article’s first narration of abuse was Ms. Constand’s.

It is likely that the women’s allegations, most at least, against the famed actor are true. Still, he is entitled to due process of law. He should demand nothing less. The notion that he should stand up and “do the right thing” and let himself be criminally prosecuted or civilly sued is absurd. None of the alleged women would take such a self-defeating position. And yes; I find it troublesome that the women claim to have been horribly abused come forth only now, years (and more years) after the abuse allegedly occurred. Why the delay if they were so aggrieved?

In my opinion, Mr. Steele and his staff will have a difficult time proving the charges against Mr. Cosby. The tremendous lapse of time will undoubtedly result in lost memories. Crucial facts will be blurred. Relevant intervening events that have occurred during the last 12 years will make the prosecution of the famous Mr. Cosby more challenging. The fact that the case was not first presented to the Grand Jury will severely limit the Prosecutor’s trial options and tactics. Lastly, the charges cannot be sustained without Ms. Constand testifying in support of the allegations. Impeaching her testimony will not present itself as a problem for Cosby’s defense team. In this respect, they must be careful not to over impeach her.

Back in July 2013, a jury rightfully acquitted George Zimmerman of killing an unarmed Trayvon Martin. At the time the charges were filed against Mr. Zimmerman, I took the unpopular position of arguing that the prosecution could not prove its case. From a technical point, the prosecution’s case was built on theories that inherently challenged the charges themselves. Like in the Zimmerman case, the Cosby prosecutors have brought charges that are based on investigations, events, and tactics that lend themselves to proving reasonable doubt. Cosby defense teams will have a relatively easing time in securing an acquittal for their client After he is acquitted of the charges, Mr. Cosby should sue Ms.  Constand for the return of the money in paid her in settlement of her civil suit. That would be real justice!