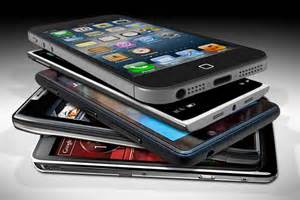 The police use various tactics for obtaining useful information once a person is detained or taken into custody. We are familiar with these tactics by reading about them in the news or seeing them acted out on Law and Order. Police officers and investigating detectives usually follow a script that includes a complete search of the suspect’s body for weapons. Separate and distinct charges maybe filed based on the discovery during the search of contraband. As part of police detention or arrest procedures the suspects personal property is inventoried and inspected. Federal and states’ laws allowed these searches to take place without the police having to secure a corresponding search warrant. As to these classes of searches the law is, more or less, established.

Law enforcement officers gleefully trolled through the suspect’s personal belongings, looking for incriminating evidence. Before cellular telephones became hand-held miniature computers the police routinely checked a detainee’s phone’s call log without there being a violation of the 4th amendment. Yet constitutional law experts and criminal defense bars raised concerns that the police were treading on problematic 4th amendment grounds The evolution of the Smartphone was a call to arms for privacy advocates who believed that the police should be constrained by the 4th amendment’s prohibition against unreasonable searches and seizures. This week the United States Supreme Court (the Court) agreed with these advocates. A January Pew Research Center survey found more than 90 percent of Americans now own or regularly use a cellphone, and 58 percent have a more advanced Smartphone.

In Riley v. California and the United States of American v.Wurie the Supreme Court considered convictions based upon warrantless searches of defendants’ Smartphones. Basically the issue before the court was whether the police could search the defendants’ phones without first applying for and obtaining a warrant. Both defendants had been convicted based upon information (evidence) that was discovered  while searching their Smartphones. Some lower courts had held that the police could legally search a cellphone as it if were pictures in a wallet, a cigarette pack, or the like. During oral arguments in April it seemed like the Justices were wrestling with the proper balance between effective police work and the privacy of suspects. Most legal experts and commentators were surprised that the Court ruled unanimously that the police had to first obtain a search warrant before searching a suspect’s Smartphone.

Well, not everyone was caught off guard by the Court’s decision. Brianne Gorod, appellate counsel at the The Constitutional Accountability Center wrote an interesting post on April 29, 2014 for CNNOpinion. The piece – “What Scalia Knows About Illegal Searches” – dealt with the court’s shifting alliances on the interpretation and extend of the Fourth Amendment’s protection in criminal cases. Ms. Gorod analyzed the Court’s recent 4th amendment cases in light of Justice Scilia’s growing influence on his colleagues. He had become an advocate for the privacy rights of criminal suspect over police officers efforts to collect evidence of criminal activity. In my opinion Ms. Gorod subtly suggested that the Court might be ready to issue a sweeping decision in the Riley and Wurie privacy cases.

The opinion, by Chief Justice Roberts, rejected law-enforcement arguments that no legal distinction existed between Smartphones and pocket litter. He wrote about the distinction as “…saying a ride on horseback is materially indistinguishable from a flight to the moon…modern cell phones, as a category, implicate privacy concerns far beyond those implicated by the search of a cigarette pack, a wallet or a purse.” The Court understood that sometimes privacy rights could impede official police work, but constitutionally protected privacy comes a cost. Overall the Court’s decision is a privacy advocates for privacy advocates.